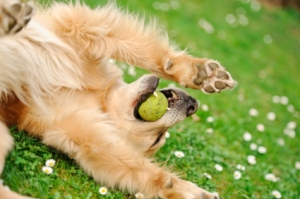 The first vote was politically very easy and straightforward — after all, who could possibly disagree that there should be a specific cruelty law to address leaving an animal in a car on a hot day?  The new City Code Section 5-7-58 will punish leaving an animal in a car that is not air-conditioned if the outside temperature is 70 degrees or hotter with a fine, and makes it a jailable offense to leave an animal in a car if the animal suffers heat stress.  The vote took no time, passing 6-0.  There was no debate against the law, and plenty of well-deserved kudos to the Animal Welfare League of Alexandria and its hard-working animal control officers for taking the initiative on this issue.

The political temperature on the next vote was unknown — whether City Council would pass a law that would say definitively that electronic collars don’t cut it under Alexandria’s leash laws.  (Sound familiar?  Who’s said that before…?)  Plenty of speakers came out in support of proposed amendment to the leash law, and no one spoke against it.

After the testimony, Vice Mayor Kerry Donley started the discussion with the comment that this law — like the previous one — was a “no brainer.”  Donley’s first question to the staff was about the penalty for violating the leash ordinance, which is currently a $100 civil fine.  He then asked if that was the most the City could do under state law, and invited the staff to make a recommendation at a later date to stiffen the penalty.  And a discussion of possible harsher penalties for recidivists followed.  Nicely done, Mr. Vice Mayor!

Councilmember Del Pepper praised the ordinance for giving clear guidance to animal control officers and one more welcome tool for the officers.  Councilmember Rob Kupricka commented that electronic collars pose safety issues for the public and not just the animals, and he hoped the new law would aid the officers in confronting off leash dogs.

A crucial question raised by Pepper was how to get the word out to the citizens of Alexandria that electronic collars would no longer suffice as a “leash.”  Joy Wilson, the Director of Animal Control, responded that she plans to focus on educating the public about why the law changed.  Councilmember Frank Fannon had an excellent suggestion about reaching out through Alexandria’s robust pet care industry to spread the news.

After discussion, the City Council voted — once again, unanimously — in support of the change.  With that vote, the City of Alexandria has made it clear that electronic collars pose a sufficient safety threat to the dogs and the public that they will no longer count as “leashes” or “physical restraint” under the leash laws.

Major kudos to Alexandria’s Animal Control Officers and the Animal Welfare League of Alexandria!  As a resident of Alexandria since 1997, I can’t be more proud!  Thanks for all you do and congratulations on this huge victory for the animals!