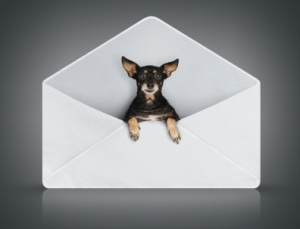 Deputies in Frederick County, Maryland went to the Jenkins residence to serve court papers on Sandra and Roger’s teenage son.   The deputies knocked on the door, and Roger answered.  Roger asked if he could have a moment to put the family dogs away before they came in.  At that moment, the Jenkins’ Labrador retriever, Brandi, noticed the unfamiliar cars in the driveway and began to bark.  In response, one of the deputies shot Brandi in the chest and leg.  Brandi collapsed, bleeding, in the snow.

Fortunately, Brandi survived.  But the Jenkins family says that Brandi is permanently disabled from the shooting.  They have filed a law suit against the Frederick County Sheriff’s Office for reckless endangerment and infliction of emotional distress.  The Sheriff’s Office has denied liability, claiming the shooting was justified.

I am glad to see that animal law – and specifically companion animal law – is gaining acceptance.  In fact, the Jenkins family’s tragedy spawned articles coast to coast – from the Baltimore Sun to the Los Angeles Times.  But the downside is that the awareness stems in large part from law enforcement shootings of beloved family dogs.  This is hardly a new phenomenon, unfortunately, and it’s something I have already blogged about in Dogs And Guns Don’t Mix.

Hopefully, the positive side to all of this will be further development of the legal status of companion animals.  Maryland may just be the state that will push these boundaries.  Brandi’s case is not the only one pending in the Maryland courts right now.  Another law suit is pending in Prince George’s County, Maryland.  That case involves the shooting and killing of Berwyn Heights Mayor Cheye Calvo’s two Labrador retrievers  after the officers suspected the mayor’s wife was involved in drug trafficking.  And in a recent Maryland custody case, a Calvert County Circuit Court judge set up joint custody of the family dog, declining to treat the dog like mere property.  You can read more on this in Pets, Property And Price, Part 1:  Is Fido A Pampered Pooch Or Mere Personal Property?

As the law currently stands in Virginia, a plaintiff like Jenkins or Calvo cannot recover damages for emotional distress if officers were negligent.  But the Virginia Supreme Court has specifically left the door open for intentional torts – and perhaps gross and wanton recklessness.  To read more about the status of Virginia law and damages, take a look at Pets, Personal Property And Price, Part 3:  What Damages Can Fido Sue For?  If you would like to track the Jenkins and Calvo case, you can do so at the Maryland Judiciary Case Search site.

2 thoughts on “Pushing The Envelope: Acknowledging Animal Law’s Acceptance And Feeling Our Way Around The Legal Status Of Companion Animals”